Exquisite Corpse is the name of a Surrealist parlor game in which a collection of images are assembled by several people into one completed image, typically of some sort of figure, whether human or animal.  Begin with a sheet of paper that is folded into thirds (or fourths).  The first participant would draw a head on the top third of the page (continuing the neck lines slightly onto the middle panel) which is then folded over and handed to the next participant to draw the torso, without seeing the drawing of the head.  The process is repeated and the third participant would complete the figure by drawing the legs and feet. 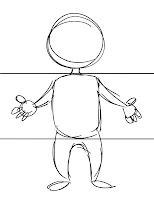 The technique was invented by Surrealists and is similar to an old parlor game called Consequences in which players write in turn on a sheet of paper, fold it to conceal part of the writing, and then pass it to the next player for a further contribution. Surrealism principal founder André Breton reported that it started in fun, but became playful and eventually enriching. Breton said the diversion started about 1925. 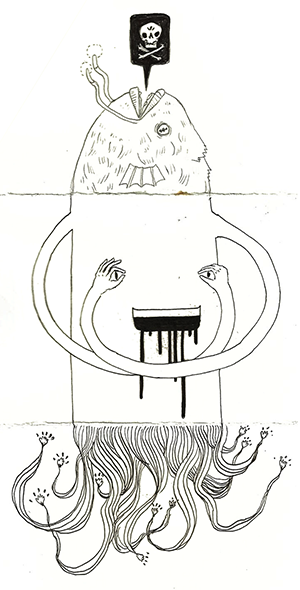 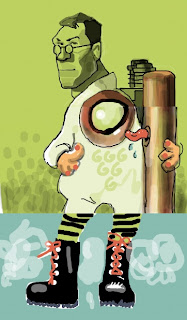 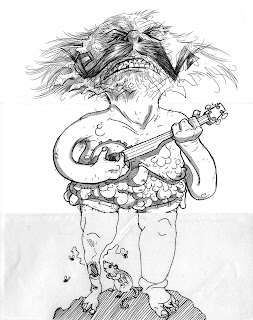 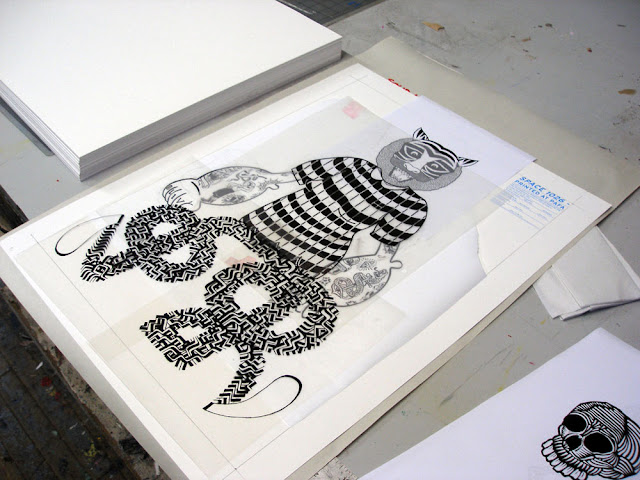 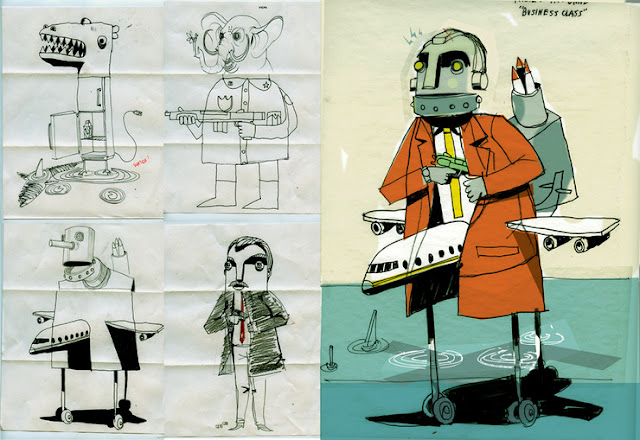 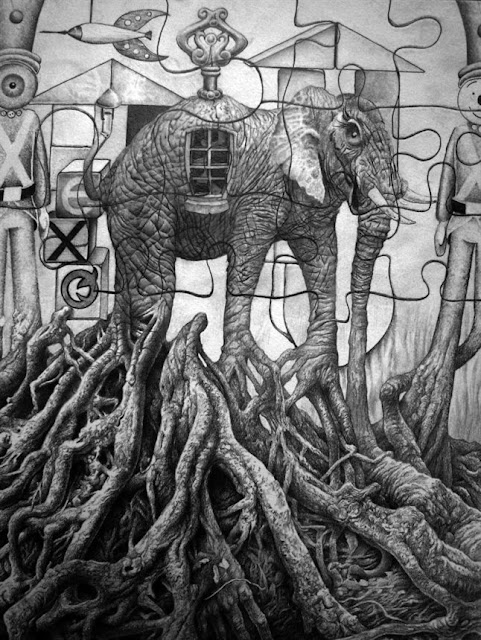 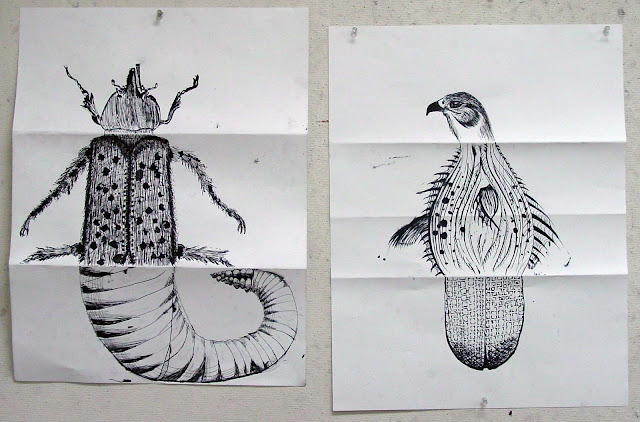 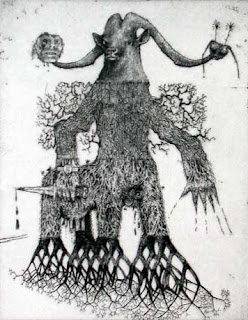 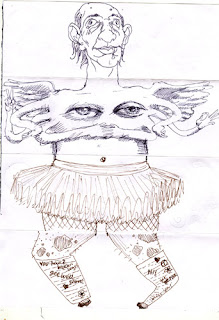 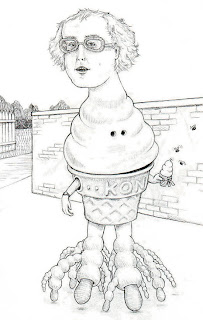 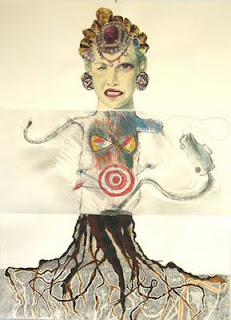 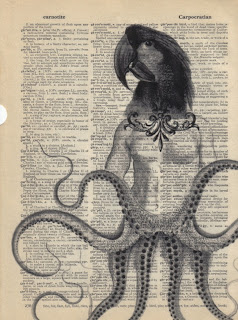 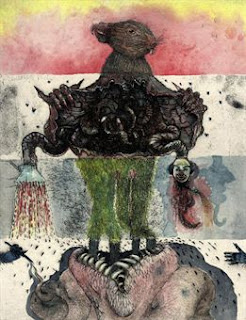 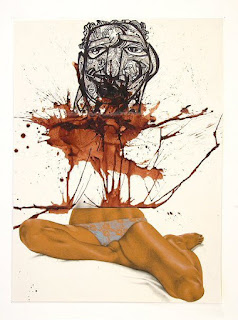 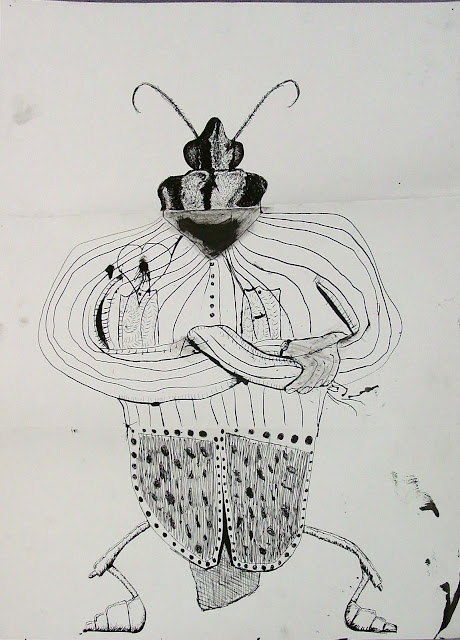 There are many childrens books which utilize this concept- 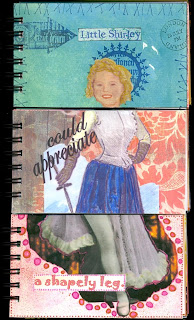 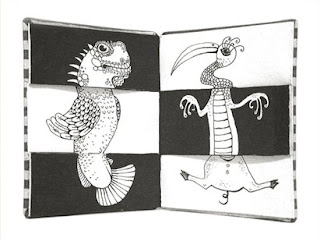 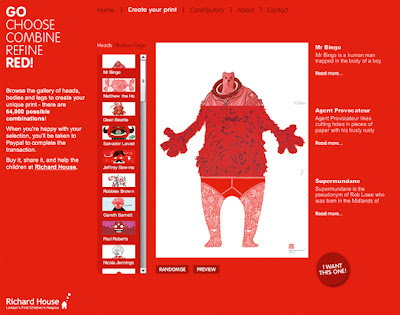 Get together with a few friends and give this game a try!